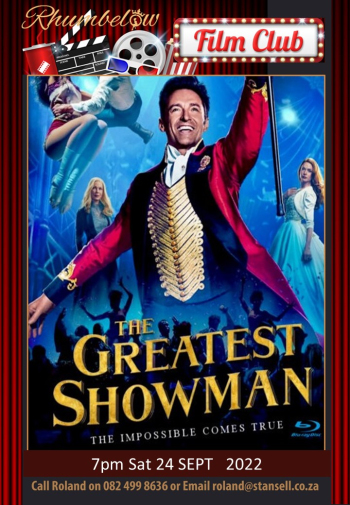 RHUMBELOW
ON THE BIG SCREEN

The film is based on the story and life of P.T. Barnum, a famous showman and entertainer, and his creation of the Barnum & Bailey Circus and the lives of its star attractions.

Food available at the venue.

Please note that this screening has been licensed as a special screening and as such we can publicly advertise and is open to  Film Club Members and the general public.

Bar Available
(no alcohol may be brought on to the premises)